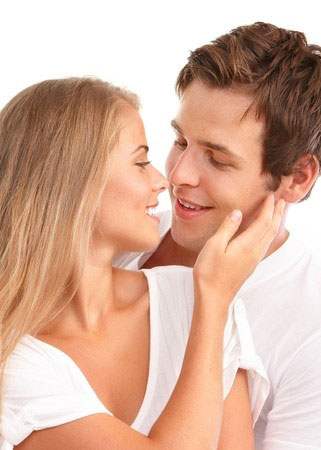 In an ideal cycle, you will ovulate 14 days before your next cycle. But when you don’t know when your next cycle is going to start, the best way to catch your ovulation before it happens is by watching the changes in your cervical mucus.

When you are not fertile, your body produces “dry” cervical mucus. You’ll know you’re dry because you’ll feel like you need to add a lubricant when you’re making love. It just won’t be very slippery or wet.

About 5 days before you’re going to ovulate, your cervical mucus will change. You may see a clump of mucus on your underwear or hanging from your pubic hair. That clump of mucus might feel like dried rubber cement if you touch it. Some women won’t see this clump of mucus, and others will see it routinely, each month.

Next, your cervical mucus will become sticky and tacky and creamy and it may look white. This is a good indication that you have entered your fertile window, and having sex at this time could result in pregnancy.

Your cervical mucus will then go from creamy to stretchy and take on more of a clear color. You will be able to pick it up and stretch it between your fingers. It may stretch just an inch or two, and then break. You’re in your fertile window and sex during this time could result in pregnancy.

The day before and the day of ovulation, your cervical mucus will be clear and wet and it will have the consistency of egg white. You will be able to pick it up and stretch it between your thumb and fore finger and it may not break even if you stretch it 6 inches. This is when you are at your peak of fertility and sex at this time gives you the best chance of conception.

When you are highly fertile you may notice that the cervical mucus looks shimmery when you wipe across your vagina with toilet paper. You may also notice that you’re sex drive is high and you just feel sexier. One study that I read showed that women tend to buy sexier clothing when they are close to ovulation.

Another way to tell when you’re at the peak of your fertile window is that your cervix will rise just before ovulation. If you straddle your partner while making love and your cervix is high, it will feel very comfortable for you to sit on him, whereas if your cervix is low, you may find this position to be less comfortable.

The egg only lives for 12-24 hours, so you want to be sure you’re making love during your fertile window, BEFORE you ovulate. Sperm can survive for 3-5 days in the presence of good, fertile, cervical mucus, so making love before ovulation is very important, and your body will tell you when that is.

Using an ovulation predictor test can help you know when you’re going to ovulate. But be aware that women with PCOS may get false positive ovulation predictor tests. They may also see “fertile type mucus” early in their cycle, when they’re not nearing ovulation. This is because of unbalance hormones in the first half of the cycle that also cause the body to not ovulate. It is really good to determine whether you have PCOS or not and I’d highly recommend that anyone who has irregular cycles have PCOS ruled out.