My Story about Teenage Pregnancy 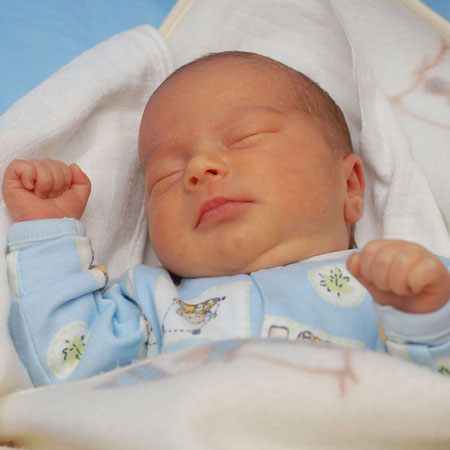 When I was 13 my mum and dad separated. My mother moved to the country with my three younger siblings, and I being a stubborn teen wanted to stay behind with my father. I had just started dating my first proper boyfriend and was new to high school. I lost my virginity to this boyfriend. He cheated on me with my son’s father’s ex-girlfriend. That is how I met my son’s father.

We hadn’t even been together for five months when I began to feel really odd. I hadn’t missed any periods and didn’t think anything of the fact I had been getting sent home from school all the time for feeling sick. I was not even half-way through Year 9. I began a downhill spiral and was hardly even going to school when my father decided that it was just because of mum and his separation. I was sent to see the school councillor on a weekly basis. This didn’t help my attendance at school in any way.

One day my brother and his girlfriend (now married with a beautiful daughter, and another on the way) came to stay with my dad and me. My brother’s girlfriend noticed how I was and threw two home pregnancy tests at me. Hesitantly I took one of the pregnancy tests. One very dragging three minute wait later and there it was. One dark pink line and another very, very faint line also. My first reaction was ‘oh no!’ I took the other test and S#*t another positive test.

My brother and his girlfriend drove me around to the emergency doctor’s clinic near where we lived. A pee in a cup and another test later and the doctor said “you aren’t pregnant.” Thank God. But about a month later I had missed a period. My brother’s girlfriend walked in on me crying in my room and said “maybe the doctor’s test didn’t detect it because you were too early?” I couldn’t help but think maybe she was right.

So I made an appointment at my regular GP for the next day. When I walked in I was petrified. I opted to get a blood test done just to make sure. Three days later my brother drove me to the doctor’s and came into my appointment with me. There it was sitting right in front of my brother and me. I was pregnant – 8 to 12 weeks as my blood results showed. In the car on the way back home my brother and I rang my dad and told him. He didn’t take the news well at all. He thought I was messing with him until my brother confirmed it.

My dad came with me to my dating scan. I was 11+4 days. I will never forget it. On the way home he started yelling at me until I broke down, telling me that I was an idiot and that I should get an abortion. My son’s father came around with his mum and step-dad. We sat down and spoke about everything.

My boyfriend and I had decided we were going to keep the baby. I was against abortions and so was he. Sitting on the lounge at my house he rubbed my stomach and told me that he loved me and our baby and no matter what he always will. My father reacted the worst out of all the parents, but in the end he was the most supportive. He grew to accept and love the fact that I was carrying and blessing him with his first grandchild.

I had my ‘show’ on the 24th of December 2013. It was 6:30 am on the 2nd of January 2014 when I started having stomach pains. I walked down the stairs and spent the next four hours in a warm bath before my boyfriend realised I wasn’t in bed. He came and checked on me and I assured him I was fine and just uncomfortable, and told him to go to bed and get some more sleep. He reluctantly went back to bed.

When he awoke at 10 am and found that I was still in the bath he asked me if I was ok. I told him I was fine and that he should go and do what he needed to and that I would be out soon. An hour later I got out the bath and went upstairs to get some more sleep. I managed to sleep until 4 pm. I lay in bed for another hour while enduring some pretty painful stomach pains. I got up at 5 pm and checked my hospital bag and made sure it had everything I would need in it.

At 6:30 pm I went down stairs to see everyone eating dinner. I decided not to join them as I wasn’t hungry and was in pain and proceeded all the way to the bath again. After four hours of sitting in the bath moaning in pain my step mum knocked on the door and asked if we needed to go to hospital. I replied with a simple “Yep.” My boyfriend came in and helped me get out the bath and even put a dressing gown on me.

The drive to the hospital was the worse. When we arrived at the hospital I was three centimetres dilated. If it hadn’t progressed in the next two hours they were going to send me home. I was given Pethidine for pain relief and slept for about two hours after that. While I slept my dad rang my mum who lived three hours away, and told her it was time. My mother drove three hours just to see me bring her grandson into the world.

When I woke my room was full of people. My boyfriend’s parents, my parents, my younger sister and my grandmother where all in my room. I made everyone except my partner leave when they checked how dilated I was. I was now five centimetres and they were going to break my waters. When they broke my waters it was the weirdest feeling. It didn’t gush like some people say. I only had a small amount of water.

At 10 am on the 3rd of January 2014 it was time to start pushing. At 10:30 am, just a half an later, my gorgeous son Jake Dean Pearce was brought into the world. My partner cut the cord. I didn’t get to hold my son straight away as he was cold as he shoulders had gotten stuck. He was put on a heat pad and just a few minutes later was placed into my arms. My partner and I both cried as we held our son for the first time. I was in hospital for three days before I was released.

Bringing my little boy home was the most amazing feeling in the world. Everything was perfect. It wasn’t easy being a mum, a partner, a big sister, and trying to go to school, but I managed. Within four months things got hectic. My partner wanted to get my son DNA tested before he would believe he was his son. The test was positive. Jake was his son. Four months after Jake was born my partner cheated on me. Jake’s father and I are no longer together but we do still have a good friendship. Jake’s father has a girlfriend who is quite caring and doesn’t treat Jake any differently to what I do.

I am now in a very happy relationship. I am engaged and happy to say my fiancé and I are expecting our first baby together in December 2015. My partner has a son that is just four days older then Jake who he has full custody of. I have never been happier but it wasn’t always fun and games. I lost a lot of friends when I fell pregnant and I still don’t talk to many people. School was never easy either. I got a lot of criticism but I wouldn’t change a thing even if I could.

It is hard to be a young mum and go to school. I stopped going at 6 months pregnant and would leave Jake with my step-mum while I went to school to finish Year 10. In January this year I put Jake in childcare for the first time. I have returned to school and my partner and I live on our own just 15 minutes from my mum and 30 minutes from my dad.