Skip to content
Home/Pregnancy/What To Eat During Pregnancy/Have you heard of the benefits of watermelon during pregnancy?

Have you heard of the benefits of watermelon during pregnancy?

Watermelon is not just a juicy summer treat for kids. It’s a nutritious food for everyone, with excellent reasons to eat watermelon during pregnancy.

Watermelon is one of the foods that may help deliver these benefits. 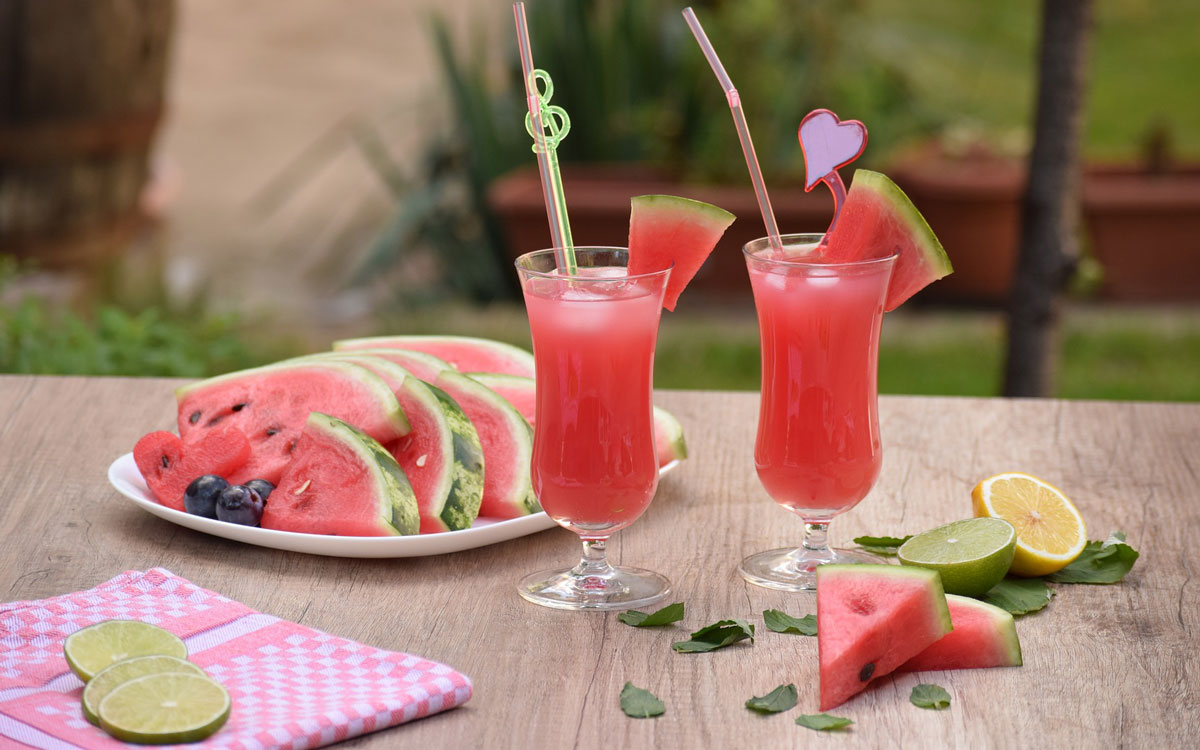 Getting your fluids up

We call it “watermelon” for a reason, with water making up about 90% of the fruit. People in dry parts of the world even grow it as a vital source of water.

Water is essential for health in pregnancy. All that amniotic fluid and extra blood you make is mainly water. You also need water to help carry nutrients and remove waste products.

Just like other water-rich fruits and vegetables, eating watermelon during pregnancy can help you stay hydrated.

Is eating food and keeping it down more than you can bear to think about? A slice or two of watermelon could help. Many women battling morning sickness find watermelon is easier to keep down. Some say it actually soothes their nausea. When you’re not able to stomach much food, watermelon can give you some energy and hydration.

Lycopene is a plant chemical from the carotenoid family. Watermelon contains lycopene, which gives it its red colour. Also, it acts as an antioxidant. Antioxidants are important for overall health because they prevent damage to your cells. Research suggests a link between lycopene and reducing the chances of some pregnancy complications. Complications it may reduce include preeclampsia, growth restriction and newborn breathing problems.

Research has found that carotenoids can reduce the likelihood of preeclampsia, a serious pregnancy complication involving high blood pressure. To test the effects of lycopene in particular, in one study, pregnant women took either a lycopene supplement or a placebo (fake treatment). The researchers reported that women who took the lycopene had only half the risk of preeclampsia. However, other studies using lycopene supplements did not find the same link. We need more research to know whether or not eating watermelon might reduce preeclampsia.

Eating watermelon during pregnancy might also benefit the baby. Other research found that lycopene supplements reduced the chances of intrauterine growth restriction (where baby doesn’t grow to normal size). Plus, there is some evidence that when mums have more lycopene, their babies are less likely to have breathing problems or go to a neonatal nursery.

As well as the benefits of lycopene, watermelon contains vitamins and minerals. For example, there’s potassium, manganese and magnesium. Your body uses these to maintain healthy bones, blood pressure, and nerve function.

As well as bringing joy, pregnancy can also bring constipation and haemorrhoids. Eating foods that contain water and fibre, like watermelon, can keep things moving.

Watermelon gets a bad rap as being high on the glycaemic index (GI). Higher GI foods make your blood sugar rise more quickly than lower GI foods. However, the GI doesn’t take into account how much sugar the food contains. However, the glycaemic load (GL) does account for the quantity of carbohydrates. As well as how quickly your body breaks them down. Although watermelon has a relatively high GI, it has a low GL because it is 90% water.

Of course, it’s still not wise to eat a whole plate of watermelon for lunch. Eat moderate portions of watermelon during pregnancy – around a cup of watermelon cubes. Include it as part of a meal containing a variety of other foods (as per the dietary guidelines). Women with particular issues, like a high risk for gestational diabetes, can ask their dietitian for advice.