Skip to content
Home/Pregnancy/Pregnancy Information/Testing Times: Facing the Odds of a Less than Perfect Outcome

Testing Times: Facing the Odds of a Less than Perfect Outcome 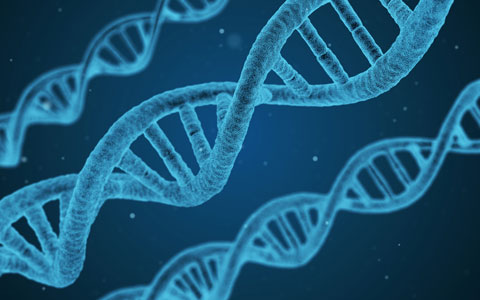 When faced with the news of my seventh pregnancy and eighth child, I was surprised but excited. I knew our work-load would increase, but I was still happy. I also knew many around me would not feel the same, so, despite being very at ease with the prospect of having another child, I decided to conceal the pregnancy. Quite frankly, I did not want the inevitable snide comments.

I spoke to my trusted midwife, and when I saw her fairly early on, we both thought I was presenting much higher than my ‘dates’ suggested. I decided to have a ‘very quick’ early scan, just to check that I had only one baby on board. I had done this with baby number seven and the scan took only about thirty seconds, for which I was grateful. As an obstetrician I know and trust was unavailable, I (stupidly) got a regular referral and was shuffled into a 12-week scan that involved a nuchal fold measurement, commonly referred to as a nuchal translucency or NT scan. I knew I did not want this. I was familiar with the evidence around early pregnancy screening and I should have declined when asked to have a blood test shortly after the ultrasound. Because it was then clear that I was already on a path I did not want to take. But I kept thinking that this might be a sign; this time there really may be something I needed to know. It was a real challenge and I felt sucked in by it all. I had no local support and, importantly, no one like-minded with whom I could talk this all through. A seed of doubt had been sown. So I meekly consented to a blood test.

The combined ‘results’ of the scan and blood test determined there was a 1 in 9 chance my baby had Trisomy 21, more commonly known as Down syndrome. When the GP called, I told him I understood that this result was not definitive, and asked how the ‘risk result’ was determined. All I heard was something about a “nose measurement” and “Queen Charlotte’s Hospital in London” – it was clear he had no idea. I felt it was unacceptable that women who receive news of an ‘increased risk’ result go through this angst, yet this practitioner could not adequately explain how the risk ratios were developed.

I was angry with this man but mostly at myself. I know many would find my reluctance strange – just have the test … why wouldn’t you want to know … women do it every day. For me, the result was unlikely to change the outcome – I knew I would carry this baby for as long as possible and deal with whatever life dealt us. I am pro-choice and I believe in a woman’s right to choose, but I personally could not have terminated this baby unless my life was in danger. I then tried to tell myself again that this was a sign that I needed to know in order to be prepared. Fortunately I had two friends with whom I could discuss this. One was Kylie Sheffield, and it was very reassuring to hear many stories of women who had received increased risk results following combined first trimester screening, but given birth to healthy babies. I wanted then to turn off and say, “What will be, will be,” but with a kernel of information, I felt I really needed more.

At this stage I also felt guilt that by wanting to conceal my pregnancy I had caused this. Even though I very much wanted this baby and was comfortable with being pregnant again, the niggle was there.

I decided to have an amniocentesis at 18 weeks. I was terrified of spontaneous abortion (even though the likelihood is low· I kept thinking of how sad it would be if a lost a baby that was totally healthy after amniocentesis). I was rattled.

The procedure was done at a tertiary hospital a 500 km round trip from home. Both of my midwives came with me. I was very well loved and supported. Despite my fear, there was a rather funny side to it. The Registrar who briefed me on the procedure asked if this was my first baby. I casually replied, “No, this is number eight.” Her mouth dropped, so I quickly added, “I have a set of twins.” I was then introduced to the obstetrician who would perform the procedure. She was an Indian woman and I was pleasantly surprised by the calmness and sort of spirituality she exuded.

At this stage I wanted to acknowledge my midwives for the health professionals they are. Neither of the doctors knew them, and I wanted them to see what great care I was receiving. I introduced both of them as my midwives. The obstetrician smiled and said, “Oh, you are from Belmont [midwifery program].” They said they were not from Belmont, and I explained that I had birthed all my babies at home. The Registrar jumped up and said, “What even the twins?!” She nearly dropped the instrument in her hands.

As the obstetrician painted Betadine on my belly (apparently a midwife was meant to be present to do this but hadn’t arrived, so the two doctors carried out the mundane ‘nurse’ functions and were very good-natured about it) I told her I had never had anything like this painted on me. The obstetrician smiled warmly and solid, “May this be your only encounter with Betadine.” I was relieved to have such a warm practitioner who was totally unfazed by this homebirth mother of seven.

The procedure started. I visualised my baby sleeping calmly. I did not watch the screen because I wanted to stay totally calm and focus on my baby without thinking of anything else. My midwife sad sometime later that she knew two things as she watched the screen of the ultrasound: that our baby was fine and that ‘it’ was a boy – as the needle penetrated ‘he’ let out a huge kick as if to say “Stay away! This is my home!” 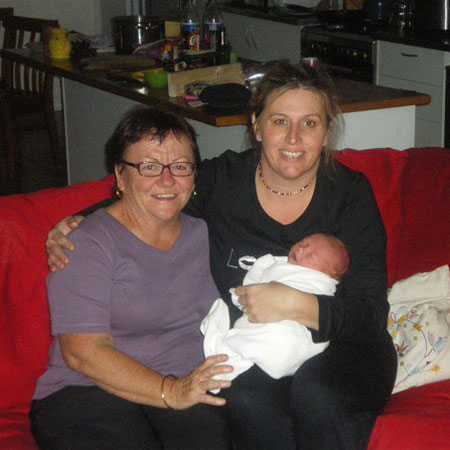 I was fortunate that John Hunter provided a Fluorescence in Situ Hybridisation or ‘FISH’ result within 48 hours. This is an early result based on analysing the amniotic fluid sample for some, but not all, chromosomal abnormalities, including Down syndrome. In just over 24 hours I had the news that our baby was fine.

Five weeks of angst and costly technology, all because of an initial screening test that can only tell you where you fit on a Bell curve and provide you with an answer based on chance! I wonder how many women understand it in these terms. I wish I had thought more clearly and not bothered with the scan. I guess I kept thinking, “Gee if we have another set of twins I really will need a footy bus!” We officially notified our families of the pregnancy in my final week. While this was not ideal, I was glad to have avoided months of disapproval and unhelpful comments.</p