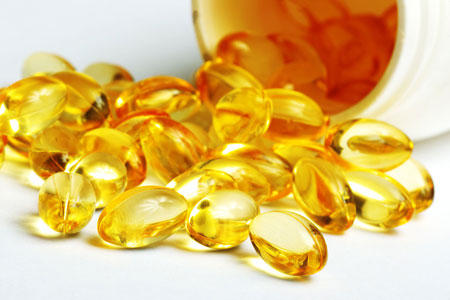 Women at risk of pre-eclampsia should not take high does of Vitamins C & E during pregnancy.

Research published by The Lancet, shows that women at high risk [1] of developing pre-eclampsia – approximately 20,000 women in the UK each year – should not take high doses of vitamins C & E during pregnancy as it does not prevent pre-eclampsia and actually increases the chance of having a low birthweight baby.

The research, headed by Tommy’s, the baby charity’s Professors Lucilla Poston and Andrew Shennan[2], recruited 2400 high-risk pregnant women across the UK over a two-year period.

Funded by the Welcome Trust, it is an extension of work originally carried out by Tommy’s, the baby charity. In 1999, results of a small randomised trial suggested that vitamins C & E could reduce the incidence of pre-eclampsia in pregnant women. Before these results could be used by clinicians treating high-risk pregnant women, it was imperative that this more recent trial using a much larger group of women, was carried out to statistically prove one way or the other whether these vitamins actually reduce the chance of pregnant women developing pre-eclampsia.

Professor Poston of Tommy’s says, “Although we gave high doses of vitamins C & E to participants in this trial, they were below the maximum recommended intake in pregnant women. Our findings of an increase in low birth weight and an increased need for treatment for pre-eclampsia suggest that these high doses of vitamins C & E do not work in preventing pre-eclampsia in this high-risk group. It is also important to add that although the babies were born slightly smaller, the likely affect on their long-term health would be negligible”.

Professor Shennan of Tommy’s added, “There was no evidence that taking the small doses of vitamins in pregnancy-specific multivitamin preparations give any cause for concern – in fact, they infer a slight benefit to the outcome of the pregnancy. In addition, folic acid was not a vitamin used in this trial and still should be taken as it is recommended in the UK prior to conception and in early pregnancy to reduce the risk of Spina Bifida[3]”.

Women on the trial were split into two groups, with the first being given one gram of vitamin C and 400 IU  of vitamin E daily while the second cohort took a placebo (dummy tablets).

At the end of the two-year trial it was found that 187 (16%) women given placebos had suffered pre-eclampsia and 432 had given birth to underweight babies- below 2.5kg. Of those taking multivitamins 181 (15%) were treated for pre-eclampsia and there were 498 underweight births, with more being born to mothers with diabetes. Women given the vitamins (antioxidants) also developed the condition about a week earlier. There were 19 stillbirths among mothers taking antioxidants and two due to immaturity. In the placebo group the figures were seven and 10 respectively.

Around one-quarter of those taking part in the International Standard Randomised Controlled Trial had already been taking low dose pregnancy multivitamins and they tended to have slightly heavier babies.

Professor Poston adds, “Pre-eclampsia continues to be a serious problem for a relatively small number of women in the UK and while this research has answered some questions there is still a lot to be learned”.

[1] Pre-eclampsia is a potentially fatal pregnancy complication which can arise after 20 weeks gestation.[2] Professors Lucilla Poston and Andrew Shennan of Tommy’s, the baby charity are based at the Maternal and Fetal Health unit, Division of Reproductive Health, Endocrinology and Development, King’s College London.[3] Spina Bifida is a neural tube defect that happens in the first month of pregnancy when the spinal column doesn’t close completely.