Skip to content
Home/Pregnancy/Natural Pregnancy/Raspberry leaf: Panacea for pregnancy and labour or problem?

Raspberry leaf: Panacea for pregnancy and labour or problem? 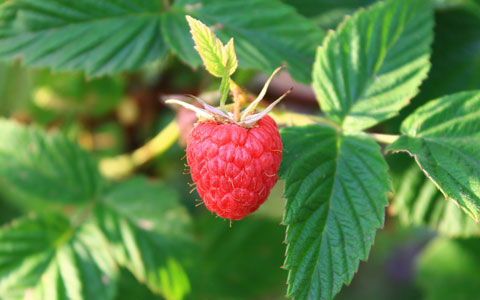 Red raspberry leaf, otherwise known as rubus idaeus, has been used medicinally since the sixth century. Its use and reputation as an aid in pregnancy and childbirth has grown throughout the years, despite the paucity of research into its safety and efficacy for mothers and babies during pregnancy and birth.

A herb, red raspberry leaf is consumed in tea, tablet or tincture form by pregnant women in the hope that it will make labour easier or shorter. Herbalists throughout the years have claimed that raspberry leaf’s benefits include relieving nausea, period pains and afterbirth pains and preventing bleeding gums and haemorrhoids. Some researchers suggest that it may both stimulate and facilitate labour. Other benefits are reported to be that it is a rich source of calcium, magnesium, vitamins B1, B3 and E, and it may increase breastmilk flow.(2) Much of this information has been anecdotal and the paucity of research prevents any substantial evidence to support these statements. Women, however, continue to take raspberry leaf; various studies show between seven and 58 per cent of pregnant women consume the herb.(3) It is recommended to pregnant women by midwives, obstetricians, friends and the media(4), including the internet. It is freely available in Australian health food shops, supermarkets, pharmacies, via herbalists and recently now via online herbalist suppliers.

A review of the literature suggests that seven animal(1,5-10) and three human(4,11,12) trials have been performed using raspberry leaf for pregnancy. Despite these studies, very little is known about the active constituents of the herb, let alone how and when in pregnancy it should be taken and at what dose. While some studies indicate it may be safe to use, the limited nature of these studies does not provide a clear answer to the questions of its safety and efficacy.

Animal studies in 1941 by Burn and Withell(5) found that an intravenous injection of raspberry leaf extract had a relaxant effect on the uterine muscle of anaesthetised, non-pregnant cats and rabbits. As well as a slight rise in blood pressure, they also discovered a by-product in raspberry leaf tea that not only reduced the strength and frequency of contractions, but also caused tonically contracted muscles to relax.

This relaxant effect of raspberry leaf was suggested by Bamford and colleagues in 1970(6) to ‘modify the course of labour favourably to produce more coordinated uterine contractions’. Further studies similar to these earlier experiments were performed on animal and human extracted pregnant and non-pregnant uteri strips, with most supporting the relaxant effect.

The active ingredients of raspberry leaf could not really be identified until 1995, when Patel and colleagues(7) suggested they may be terpenes and or alkaloids.

The most recent study by Zheng et al in 2010(10) tested the effects of three commercially available forms of raspberry leaf – tea, capsules and ethanol-based tincture – on in vitro contractility of uteri collected from an unspecified number of diethylstilbestrol (DES) treated non-pregnant and also on late-pregnant rats. In pregnant animals, raspberry leaf tea had variable effects on pre-existing oxytocin-induced contractions, sometimes augmenting oxytocin’s effect and sometimes causing augmentation followed by inhibition. Pretreatment with tea did not alter the ability of oxytocin to initiate contractions. The tea appeared to be more effective than the tablets or tincture.

In 1941, Whitehouse(11) inserted an intrauterine bag to obtain and record the effect of 20 to 40 g of raspberry leaf extract (fragarine) on afterpains on only three postpartum women. There were no controls. The main effect observed was that uterine contractions diminished in frequency and strength and secondary contractions were diminished. Contrary to an earlier study by Burn and Withell5 on pregnant cats, a slight fall in systolic blood pressure was observed. Apart from the 1941 study, there have been no other clinical trials published.

The absence of good clinical evidence surprised and inspired a small group of midwives, including the author (Parsons, Simpson et al 1998[4]), who had cared for many women who were recommended raspberry leaf in pregnancy by obstetricians and midwives attending the study hospital, to conduct a retrospective observational study. The study involved 109 postnatal women. Fifty-eight women consumed raspberry leaf in a variety of forms: tea, tablets and tincture at various dosages, commencing as early as eight weeks and as late as 39 weeks gestation. They were compared to a group of 51 postnatal women who didn’t take raspberry leaf. They were of comparable parity, ethnicity, type of antenatal care, weight and age. There were no preterm births in the raspberry leaf group, in fact, they were more likely to birth on time. The test group were also more likely to have an unassisted vaginal birth and less likely to have artificial rupture of membranes and caesarean delivery. Both groups had similar outcomes for admissions to the nursery, meconium liquor and Apgar scores. Qualitative data received from the treatment group indicated that they were advised to take the herb by various contacts including obstetricians and midwives. They generally perceived that raspberry leaf shortened their labour and they would not only take it in future pregnancies but they would also recommend it to friends.

While the retrospective design of the observational study had limitations, it satisfied the ethics committee sufficiently to allow the Simpson and Parsons team, including a supervising obstetrician, to conduct a double blind placebo-based trial.(12) It involved 192 low-risk, nulliparous women, 96 taking raspberry leaf tablets 2.4 g/day from 32 weeks gestation until birth and 96 taking place