Skip to content
Home/Birth/Vaginal Birth After Caesarean (VBAC)/VBAC Articles/Report review: Why the birth after caesarean randomised control trial is good news for VBAC

Report review: Why the birth after caesarean randomised control trial is good news for VBAC 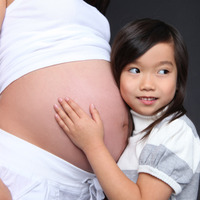 In March 2012 the results of the controversial Birth After Caesarean Randomised Control Trial were finally published. The are are no big surprises in this report, but there are many questions that remain to be answered.

What the researchers say the report says

The researchers claim that, on balance, Elective Repeat Caesarean (ERC) has a lower risk of fetal death or serious infant outcome. They cited a 2.4% rate of infant mortality with the VBAC group as opposed to the ERC group. When you put it like that, it sounds like ERC is safer than VBAC, but what do the results really show?

What the report actually says

More women preferred to at least try VBAC. Of the two groups, the planned VBAC group accounted for 52.8% of all participants.

Only 22 women agreed to be randomly allocated to either a repeat caesarean or a vaginal birth after caesarean, indicating that women had s trong preferences about to how they gave birth. Two women out of 2345 participants sadly lost their babies. Both of the deaths were due to “unexplained stillbirth.” Neither of the deaths was necessarily related to the fact that the women were in the planned VBAC group. In fact, it isn’t even clear whether the women involved had a VBAC or emergency caesarean.

In Australia, approximately 1-2 in 1000 births is a stillbirth’. So, the rate of stillbirth in the planned (but not necessarily achieved) VBAC group is not any higher than in the general population of all births. Importantly, the spectre of Uterine Rupture didn’t even factor significantly into the results. The report says, and I quote:

“The risk of symptomatic uterifle scar rupture was low for both treatment groups, being 0.1% for women in the planned ERC group and 0.2% for women in tile planned VBAC group. This risk of uterine rupture related to VBAC is lower than that reported from the NICHD cohort study of 0.7% and lower than the rate of symptomatic uterine scar rupture of 1.2/100 to 3.9/1,000 among women having a VBAC reported in systematic reviews of other cohort studies [9-11].”

So, in terms of Uterine Rupture, this is good news for women wanting a VBAC. You still have far more chance of being hit by a bus.

What the report doesn’t say

after reading the paper, I have more questions than answers. Firstly, the question of whether the two babies that were stillborn were born vaginally, or by elective or emergency caesarean section, needs to be answered. Also, given that a very large number of the women in the VBAC group had their labours induced (known to be associated with higher complication rates), had epidurals and other analgesic interventions that could potentially affect the outcome of their births, it would be interesting to know whether or not the two stillbirths involved any of these interventions as well. It would also be good to know if those women who experienced higher rates of haemorrhage ended up with elective or emergency caesareans. This too is not addressed.

The report also fails to talk about the impact of routine “standard” care interventions on women in the VBAC group. It was very clear to me, when I first reviewed the research methodology back in 2003, that the VBAC women would be set up to fail because of the way their care was managed. It would be interesting to see a study comparing birth after caesarean with “standard” care to birth after caesarean with “optimal” care, but apparently that is considered “unethical” by the powers that be (even though randomly assigning healthy women to unnecessary surgery is apparently okay).

My hope is that this research will be given the attention it deserves and dismissed as biased by any thinking physician or woman who reads it. However, I suspect that the sad reality is that many medical professionals will jump on this research and use it to coerce women into unnecessary surgery they don’t want.

The entire report of the Planned Vaginal Birth or Elective Repeat Caesarean: Patient Preference Restricted Cohort with Nested Rarzdomised Trial can be found at: http://www.plosmedicine.org/article/info%3Adoi%2F10.1371%2Fjournal.pmed.1001192

Cas McCullough is a birth and postnatal doula, mum, wife, and entrepreneur. The Mumatopia blog follows her journey from pregnancy to parenting and provides valuable tips for mums-to-be and mums. Visit her website at www.mumatopia.com
Jane Palmer<span class="updated rich-s