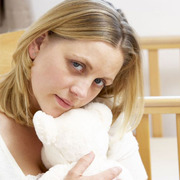 Miscarriage affects the lives of many women and their partners and the true impact is often underestimated by health professionals, family and friends. Just because miscarriage is a relatively common event does not mean it is insignificant or that it should, or will, soon be forgotten.

Why does miscarriage happen?

The majority of spontaneous miscarriages are due to major fetal or genetic abnormalities. Other causes are an unusually shaped uterus, exposure to certain drugs, early opening of the cervix, hormonal imbalances, immunological factors, direct trauma to the lower abdomen, poorly controlled illness like diabetes, and environmental factors such as smoking, alcohol, radiation, infections and exposure to certain chemicals. As a woman’s age increases so does her risk of miscarriage and this is mainly due to the fact that the incidence of genetic abnormalities increase with increased age.

It is important for women to realise that it is very rare for a miscarriage to occur because of something they have, or have not done. Unfortunately with the majority of miscarriages the cause will not be known and this can make dealing with the un-answered questions difficult. This lack of information can make couples feel frustrated, helpless and fearful about future pregnancies. Tests can be done to determine some causes but in most instances no cause is found.

A ‘threatened’ miscarriage is where vaginal bleeding may occur over several days or even weeks in the first half of pregnancy. The woman’s cervix remains closed and the baby remains in the mother’s uterus. Bleeding occurs in around 30% of pregnancies and roughly half of these women will go on to miscarry whilst the rest will continue the pregnancy. Bed rest has not been shown to be effective in preventing miscarriage. A ‘blighted ovum’ is another common term used when women miscarry. This is where an egg is fertilised but it doesn’t go on to divide or develop into an embryo. The pregnancy test will be positive and miscarriage usually occurs around at 7 to 12 weeks. Ectopic pregnancy can also result in miscarriage and is potentially quite serious for the mother. It occurs when the fertilized ovum implants in the fallopian tube or some other place outside the uterus (1:100 pregnancies) Normal pregnancy symptoms occur and then usually by the 8th week bleeding and pain begin (pain is almost universal with ectopic pregnancy). Sometimes the fallopian tube will not need to be surgically removed but this is still the mainstay of treatment. Because you have two fallopian tubes you should be able to get pregnant again.

What happens with miscarriage?

The general course followed when miscarriage occurs is- a missed period, pregnancy symptoms, a positive pregnancy test, followed days or weeks later by vaginal bleeding , lower abdominal cramping, backache and miscarriage of the baby. Generally a doctor will take your history and examine you. They will take blood for a pregnancy test and suggest an ultrasound to see whether there is a baby in the uterus, if there is a heart beat or whether there is some tissue left inside after the miscarriage. Most miscarriages in the first few weeks of pregnancy are complete and women rarely need admission to hospital or intervention. After 6 weeks there can be an increased tendency for some of the tissue to remain in the uterus causing continued bleeding and even infection.

For many years the routine management for women having a miscarriage where some tissue was suspected to remain in the uterus was to have a surgical emptying of the uterus (commonly referred to as D&C). This is a short operation usually conducted under a general anaesthetic but it can be done under a local anaesthetic where the cervix is dilated and the lining of the uterus is gently scraped or removed by suction. This approach is now being challenged and women have three options. They can ‘wait and see’ if all the tissue passes through the vagina on its own. Where the ‘wait and see’ approach is used, particularly when women are less than 12-13 weeks pregnant, around 80% of women will not need surgical intervention. Another approach is called the ‘medical evacuation’ approach where hormones like prostaglandins are used to encourage the tissue to be passed. The third approach is ‘surgical evacuation’ where the tissue is removed by gentle scraping or suction to the uterine lining. When suction is used rather than traditional scraping of the uterus the procedure seems to be faster, less painful and associated with less blood loss.

Any tissue from the pregnancy that is passed through the vagina or removed during the D&C is usually sent to pathology for examination to see if they can determine the cause of the miscarriage. Unless you request for the tissue to be returned to you it will be disposed of by the hospital after it has been examined. It is important that you know you may not be able to identify the baby in the tissue after a D&C.

What happens after the miscarriage?

It is important to have medical follow up a couple of weeks after the miscarriage to make sure you are healthy. If you lost a lot of blood during the miscarriage then it is good make sure the iron levels in your blood are at a healthy level. It will also enable you to ask questions and talk about your feelings and the future, if you feel ready.

Breast milk is produced from 16 weeks onwards so if you had a late miscarriage you may find your breasts produce milk. This can be very distressing for some women but for others it can actually be comforting as though a confirmation that they really were pregnant and a link to the baby they have lost. The best way to suppress breast milk is to avoid stimulating the breasts, wear a firm bra and use cold compresses.

Vaginal bleeding continues for one to three weeks and progressively becomes lighter. Women who experience ongoing heavy bleeding, pass clots or have pain should seek medical advice. Sanitary pads are better than tampons for the first couple of weeks following a miscarriage to reduce the risk of infection

Generally waiting to have sex for a couple of weeks until the bleeding has ceased reduces the risk of infection. After this some couples gain great comfort from resumption of sexual intercourse whilst others prefer to express their love in other ways for a while.