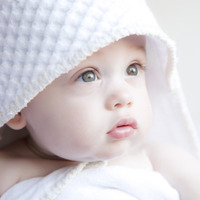 If you have recently learned that your baby is presenting breech (when the buttocks or the feet are at the bottom of the uterus rather than the head), you are likely to be feeling upset and confused. Regardless of how straightforward your pregnancy has been to date, your maternity care providers are likely to offer only planned caesarean section (PCS) at 38 or 39 weeks if your baby does not turn.

I have first hand experience of the ‘breech situation’, having learned in the 32nd week of my first pregnancy that my baby was breech. I was new to Australia and I had already established that my own understanding about the best way to approach childbirth conflicted with the highly medicalised system here. However, I had experienced a ‘normal’ pregnancy and I was expecting a ‘normal’ birth and so I assumed that the conflict I sensed would never manifest. I was extremely upset when I realised that if my baby did not turn, I would thereafter be treated as ‘high risk’ and that a PCS would be recommend.

I attempted all the usual tricks to turn my baby (see www.spinningbabies.com/baby-positions/breech-bottoms-up), unsuccessfully. Then, at 37 weeks, External Cephalic Version (ECV)—a procedure in which a doctor attempts to turn a baby manually from the outside—was attempted and failed. I realised that not only would I be offered PCS but that no provision was in place for my refusal—Australia’s largest specialist maternity hospital simply didn’t cater for planned vaginal breech birth (VBB). This was particularly frustrating as I learned that there were several obstetricians on the staff who were supportive of and experienced in VBB but that these people could not be on call for me.  If they were there on the day, I might be allowed a trial of labour. If not, I would probably be pressured into a caesarean section.

Whilst VBB has traditionally not been seen as problematic , in the latter part of the 20th century, the practice has become rare. This is especially since the Term Breech Trial (TBT), a multi-centre randomised controlled trial, which supported the practice of PCS for breech presentation.   The TBT quickly lead to a change in obstetric policy throughout the world (despite the fact that the follow-up study two years later showed no long-term differences between the PCS and planned VBB groups, leading the authors to conclude the PCS does not lead to a reduction in the risk of death or neurodevelopmental delay at the age of two).

However, despite its profound impact, the TBT was not the last say on the management of breech presentation. It has been criticised in terms of its methodology (including VBB in conditions which were too risky) , its conclusions (attributing neo-natal harm to mode of delivery rather than to inappropriate management) , and the way it has been applied to obstetric policy (automatic PCS rather than improving VBB conditions).  Furthermore, other studies have shown that for good candidates, the outcomes of carefully managed VBBs are usually as good as those of PCS.  One often-cited study, PRE-MODA, which had larger numbers than the TBT and was better controlled, showed no significant difference in neo-natal outcomes between planned VBB and PCS. And, importantly, women still demand the opportunity to give birth to their babies vaginally.

Part of the reason few maternity care providers offer VBB is that they do not possess sufficient skills and experience with VBB and are therefore unable to support it safely. In a large maternity hospital, for VBB to be ‘on offer’, a significant number of staff need to be trained in it. It is generally accepted that the safety of VBB is affected by the skill of the birth attendant, who should know not to intervene in the birth unless absolutely necessary. If assistance is necessary, the birth attendant needs the judgment and skill to assist in just the right way. VBB has traditionally taken place with the woman in lithotomy position (on her back with legs in stirrups), with an automatic episiotomy and a forceps delivery of the after-coming head. Although it is now thought that this is not the best way to deliver breech babies, unfortunately, very few birth attendants have received training in modern breech birth technique.

It is clear that VBB is a better option for the mother in terms of recovery from the birth, ability to care for her newborn and, most importantly, for her future pregnancies.  Caesarean section also carries a small risk of maternal death, which appears to be under-acknowledged. Also ‘swept under the carpet’ by the focus on short-term risk to the fetus is the impact of PCS on the mother’s psychological wellbeing. Some studies also suggest that babies benefit from the experience of labour. Taken together the research supports the view that VBB may be a good option for some women, but only if a supportive and skilled care provider can be found.

The factors which are often cited as making somebody a ‘good candidate’ for VBB include frank breech (bottom-first, legs extended) or complete breech (bottom-first, legs crossed) presentation, flexed or neutral fetal head, estimated fetal weight of 2500-4000g, normal amniotic fluid volume, normal pelvic proportions and no other contra-indications to vaginal birth. Some care providers will only support VBB for second or subsequent pregnancies. However, assessment should be individualised as birth is a complex phenomenon (which is the basis of one criticism of the TBT) and so these factors should be seen as guidelines and not criteria. Management in labour typically involves continuous electronic monitoring, and requirements that progress is ‘normal’, and that the active second stage (in which the woman is pushing) takes no more than 60 minutes.  Induction or augmentation of labour are inadvisable for breech presentation and so in the absence of spontaneous labour, or if the labour is not progressing well, it is common for a caesarean section to be advised.

The Royal Australian and New Zealand College of Obstetricians and Gynaecologists takes a fairly open approach. Its statement on the management of breech presentation maintains that “while it is true that women with breech presentation at term will most often be delivered by caesarean section, management should be individualised. The term breech trial did not have the statistical power to meaningfully analyse subgroups, some of which are likely to be pregnancies that do extremely well with breech vaginal delivery.”   It is disappointing that this approach is not followed through in practice, as few hospitals or obstetricians offer individualised assessment of suitability for VBB.