What is Gestational Diabetes? 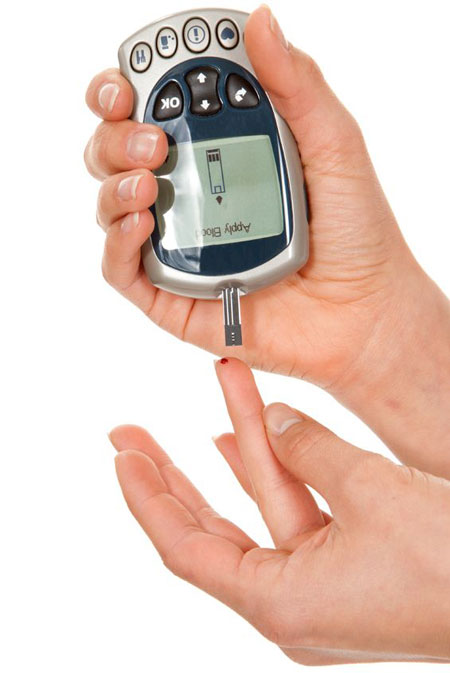 Gestational Diabetes occurs during pregnancy, due to the influence of hormones produced by the placenta. These hormones help the baby grow and also block the action of the mother’s insulin. The need for insulin is 2-3 times higher in pregnancy than normal so if the body is unable to produce this much insulin then Gestational Diabetes occurs. As the mother’s blood crosses the placenta to the baby it carries more glucose causing the baby to produce more insulin and grow bigger than it normally would. This can be a problem as the baby may be bigger and therefore the birth may be more complicated. The baby may also have problems after the birth as it continues to produce high levels of insulin but is no longer getting the glucose from its mother’s blood. This can cause the baby’s blood sugar level to drop. Controlling the mother’s blood sugar during pregnancy can reduce these complicating side effects. When the baby is born the diabetes usually disappears as insulin levels return to normal in the woman’s body.

Being diagnosed with Gestational Diabetes can be upsetting for women, as this is the last thing they expect to have to contend with. It can make women feel like their pregnancy has been made into an illness. Talk about how you feel to those caring for you and be reassured that this is usually something that you only have to contend with while pregnant. See it as a good opportunity to take your health in hand before diabetes manifests itself suddenly later in life. Knowing now may actually be the thing that prevents diabetes later.

Hannah Dahlen has been a midwife for more than 25 years and is the national spokesperson for the Australian College of Midwives. She is a past national president of ACM and is currently a Professor of Midwifery and Higher De