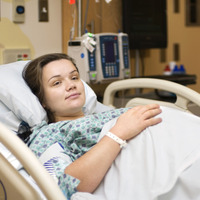 A study published in the British Journal of Obstetrics (2002) found that three times more first time mothers who had a caesarean section suffered long-term infertility problems than women who had experienced a vaginal birth. The study also found that six times more first time mothers who underwent a caesarean section experienced trauma that was serious enough to prevent them having another baby compared to women who had a normal vaginal birth.

Unfortunately caesareans are often considered for their immediate risks at the time of the operation rather than the potential risks later on in life. Normalising this major operation appears to have lulled women and health professionals into a false sense of security. When the risk of vaginal birth outweighs the risk of caesarean for the mother and baby then caesarean section is lifesaving but it should not simply be viewed as a safe alternative to vaginal birth.